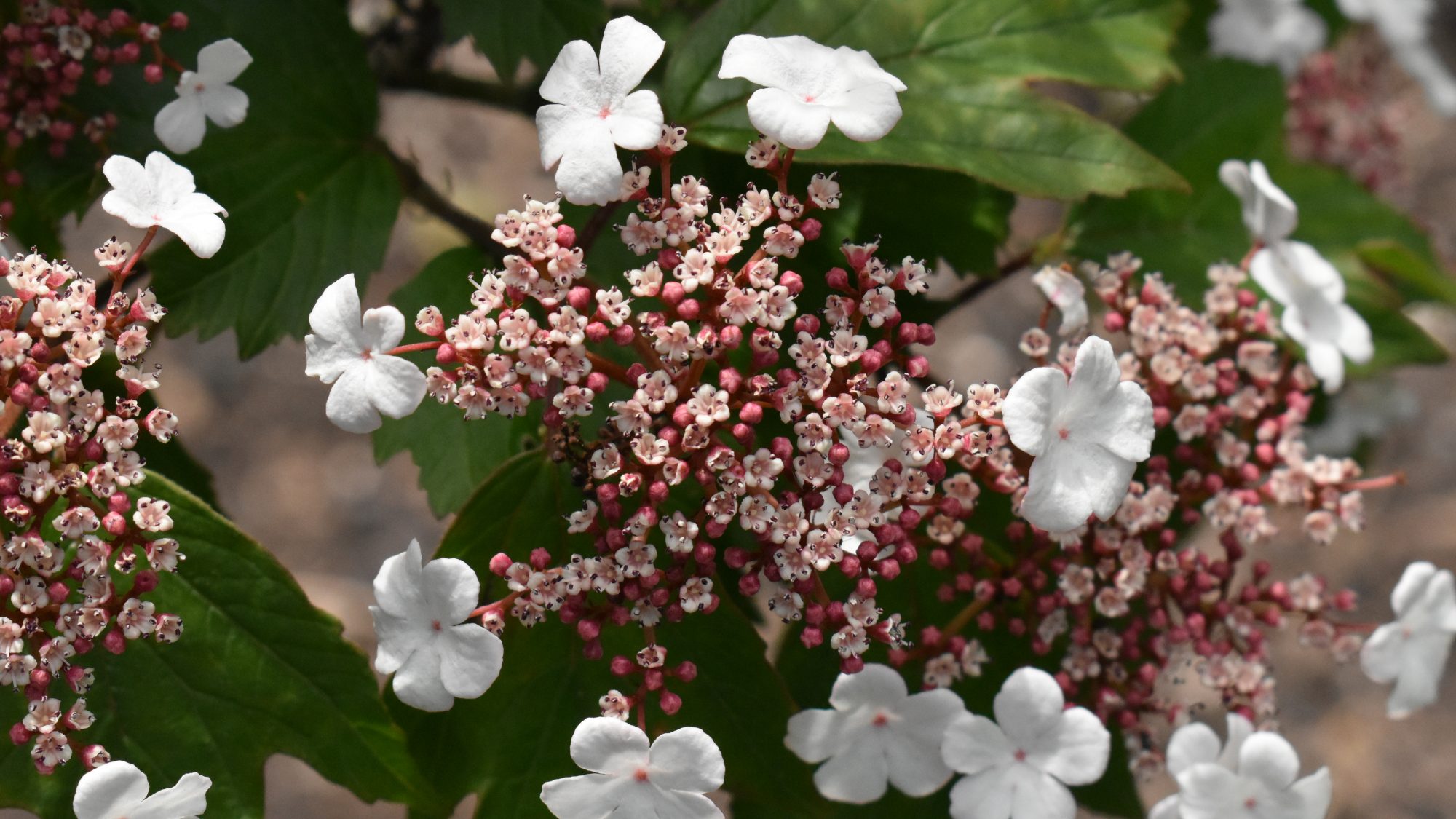 This shrubby plant is covered in flattened cymes in the Viburnum collection.

Containing approximately 150 species of shrubs from northern temperate zones, Asia, and South America, the genus Viburnum is familiar to many for its ornamental value. Members of the genus can be deciduous or evergreen, have attractive flowers, produce decorative fruits, and may offer autumn colour, and so can provide horticultural interest throughout the year. This cultivar was raised in the United States in 1966, and was named in honour of the people of Onondanga county, New York. it has an upright habit, bronze-tinged foliage and lacecap-like cymes which bear sterile, white ray-florets which surround a mass of tiny, tubular, pink-flushed, fertile flowers. Viburnum sargentii originates from north-east Asia, and commemorates the American botanist Charles Sargent (1841 – 1927), who introduced it into cultivation in 1892.