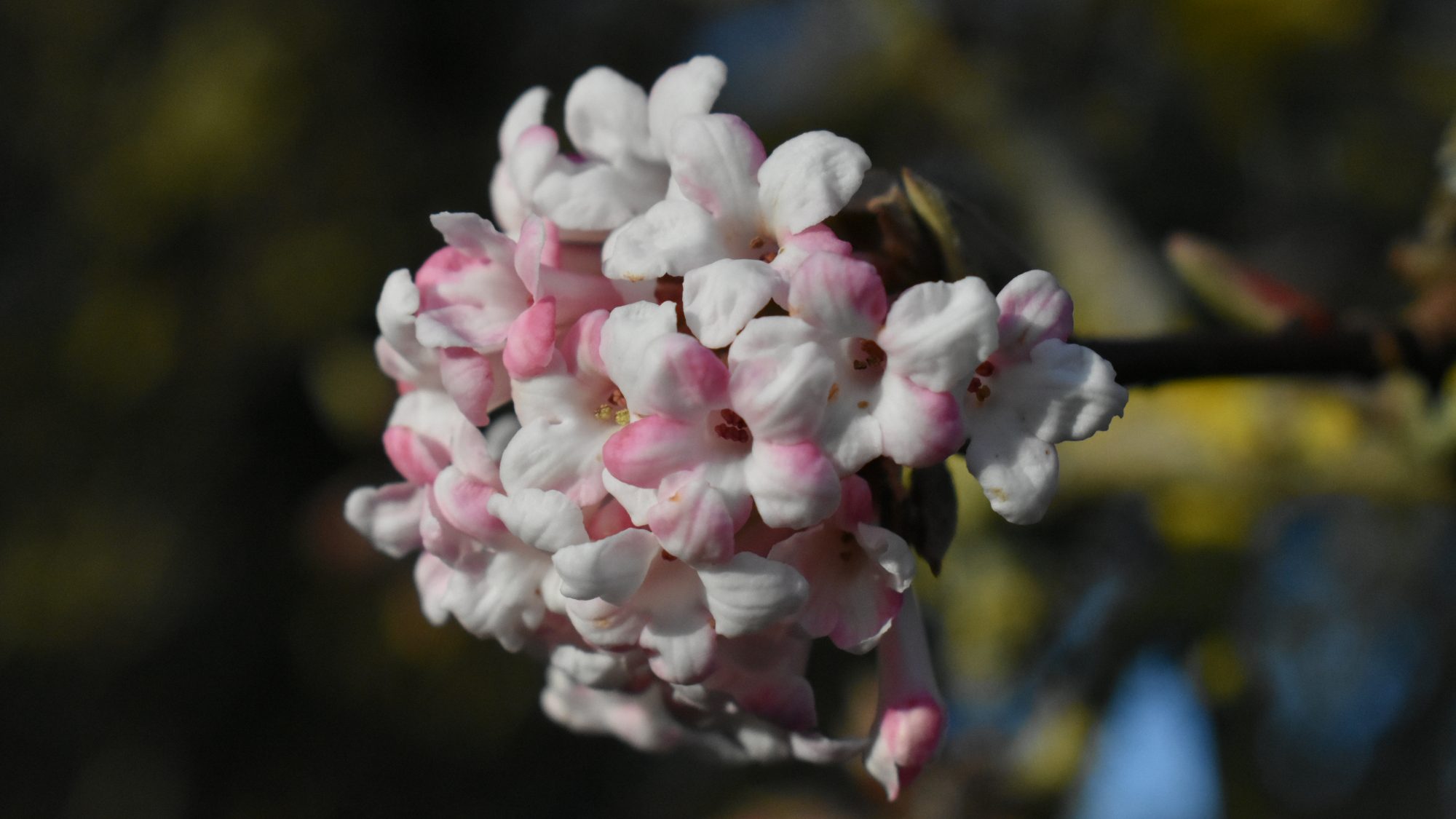 This scented shrub can be found in the Viburnum beds at the eastern end of the Fairway.

A member of the Adoxaceae family the genus Viburnum contains over 150 species of evergreen or deciduous trees and shrubs, though the majority are shrubs. Some occur in south east Asia and South America, though most occur in northern temperate regions. A number are widely cultivated for their flower, fruit and foliage which offer interest throughout the year. Viburnum x bodnantense ‘Dawn’ is one of several grown for its winter flowers. This is a hybrid of the Chinese species V. farreri and V. grandiflorum was raised at Bodnant Garden in 1935, and which received an Award of Merit from the Royal Horticultural Society in 1947. Clusters of scented axillary and terminal flowers emerge on bare stems from late autumn to spring. On emerging the buds are a rich rose in colour, but as they mature they fade to white with a pink flush.