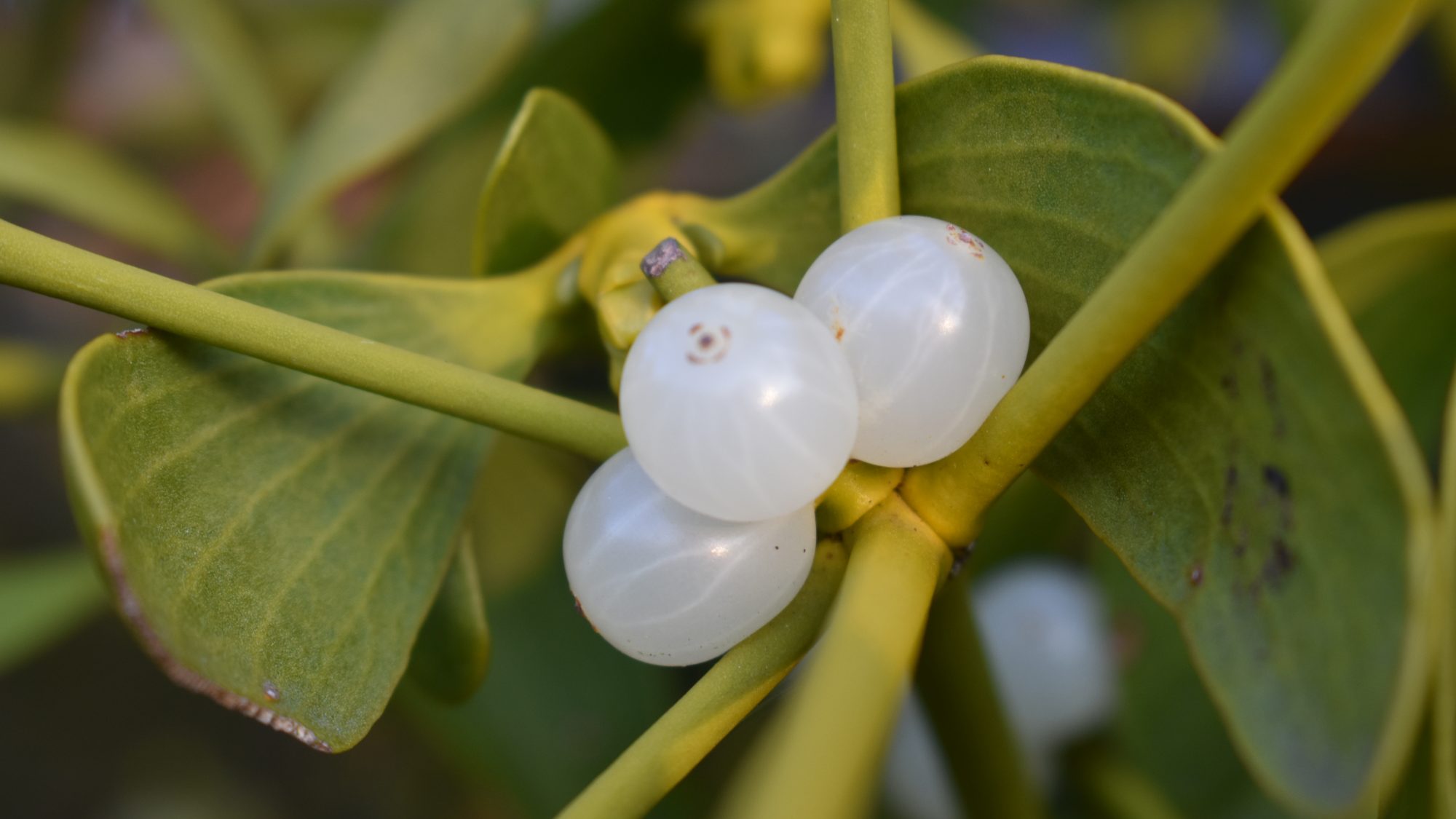 No list of seasonal plant picks would be complete without mistletoe, which can be admired at close quarters on the Systematic Beds.

The spherical orbs of mistletoe, Viscum album, can be seen silhouetted against the sky throughout the Garden in winter. A native of the British Isles, mistletoe requires a mild climate and, as a hemi-parasitic plant, also requires a suitable woody host, the more common ones being apple, hawthorn, lime and poplar. The plant is spread from host tree to host tree by birds. V. album is distinct in its paired, lime-green, heavily veined leaves, and its translucent berries. The druids believed it grew only on sacred trees, and believed it brought good luck and fecundity. For many years, due to this paganistic connection, it was banned from many parish churches. It has long been associated with fertility, hence its introduction to our homes at Christmas, and the tradition of kissing beneath the mistletoe.