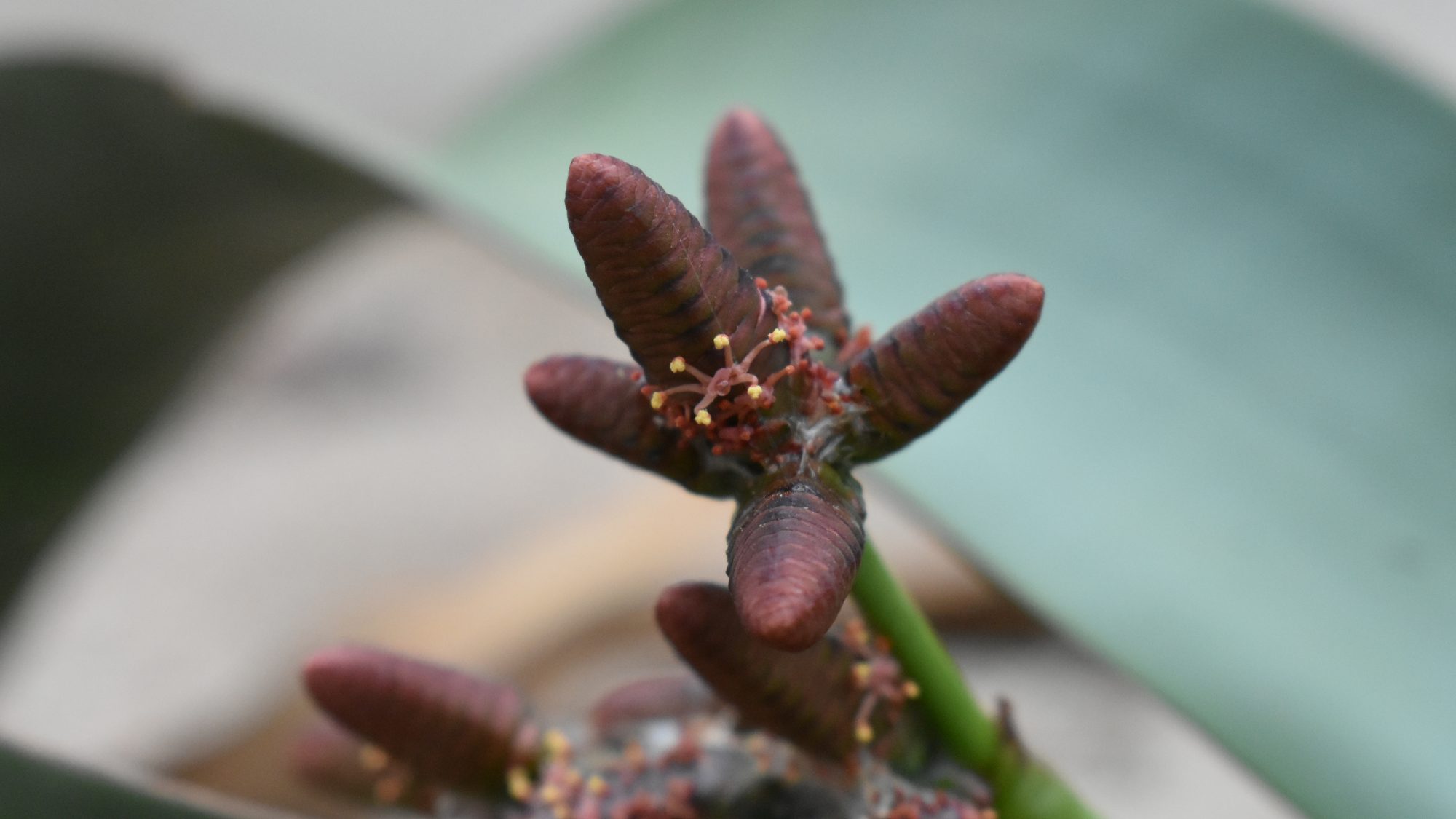 This extraordinary plant is bearing male cones in the Aridlands House.

A native of the Namib Desert of Namibia and Angola, Welwitchsia mirabilis is believed to be a relic of the Jurassic period, which has survived millenia to outlive all other similar, close relatives, and is now the sole representative of the family Welwitschiaceae. This species is unusual in having only two broad, strappy leaves, a hollow stem and roots, and cones produced at the junction of the leaf and stem. W. mirabilis is related to the conifers and cycads (gymnosperms), and provides a valuable evolutionary link between the gymnosperms and flowering plants (angiosperms). It is a dioecious species, producing male and female cones on separate plants, with the males bearing oblong cones with a modified, pistil-like structure, while the stout female cones have an exposed stigma. Evolving to survive in a challenging habitat W. mirabilis can live for up to 1500 years. It takes the generic name Welwitchsia from the Austrian botanist, explorer and doctor who discovered it in Angola in 1859, and the specific name mirabilis comes from the Latin for marvellous or wonderful.