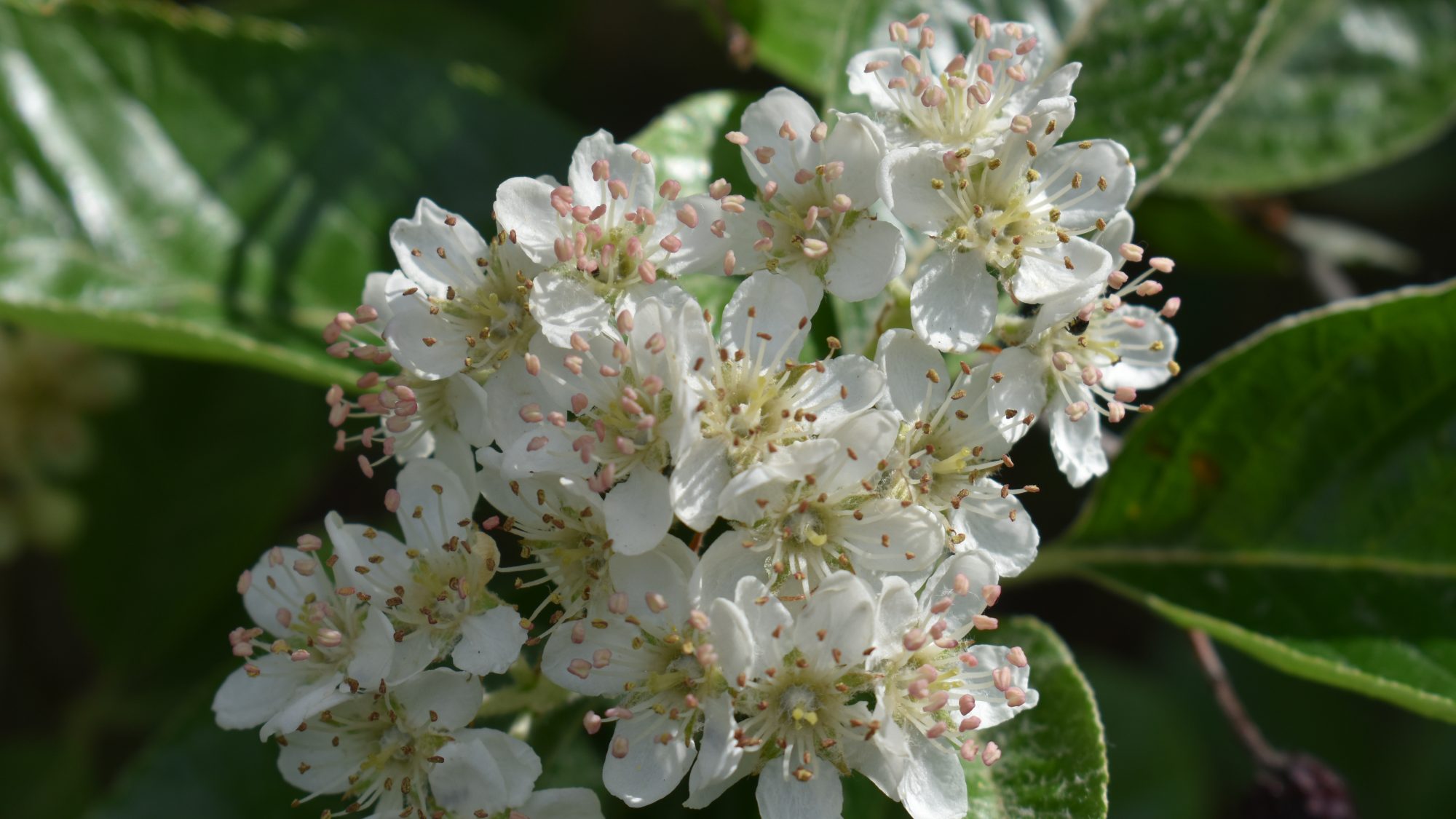 This bi-generic hybrid is a botanical curiosity which can be seen in full flower along the Eastern Walk.

Arising from a hybrid between the European whitebeam, Sorbus aria, and the eastern North American chokeberry, Aronia arbutifolia, this species bears the simple, tapering, ovate-obovate, toothed leaves of it’s whitebeam parent. The leaves and young shoots initially emerge covered in soft down. The white flowers, typical of the family Rosaceae to which it belongs, are held in terminal corymbs, and it produces ovoid-obovoid red-brown fruits and orange-tinted foliage in autumn, .