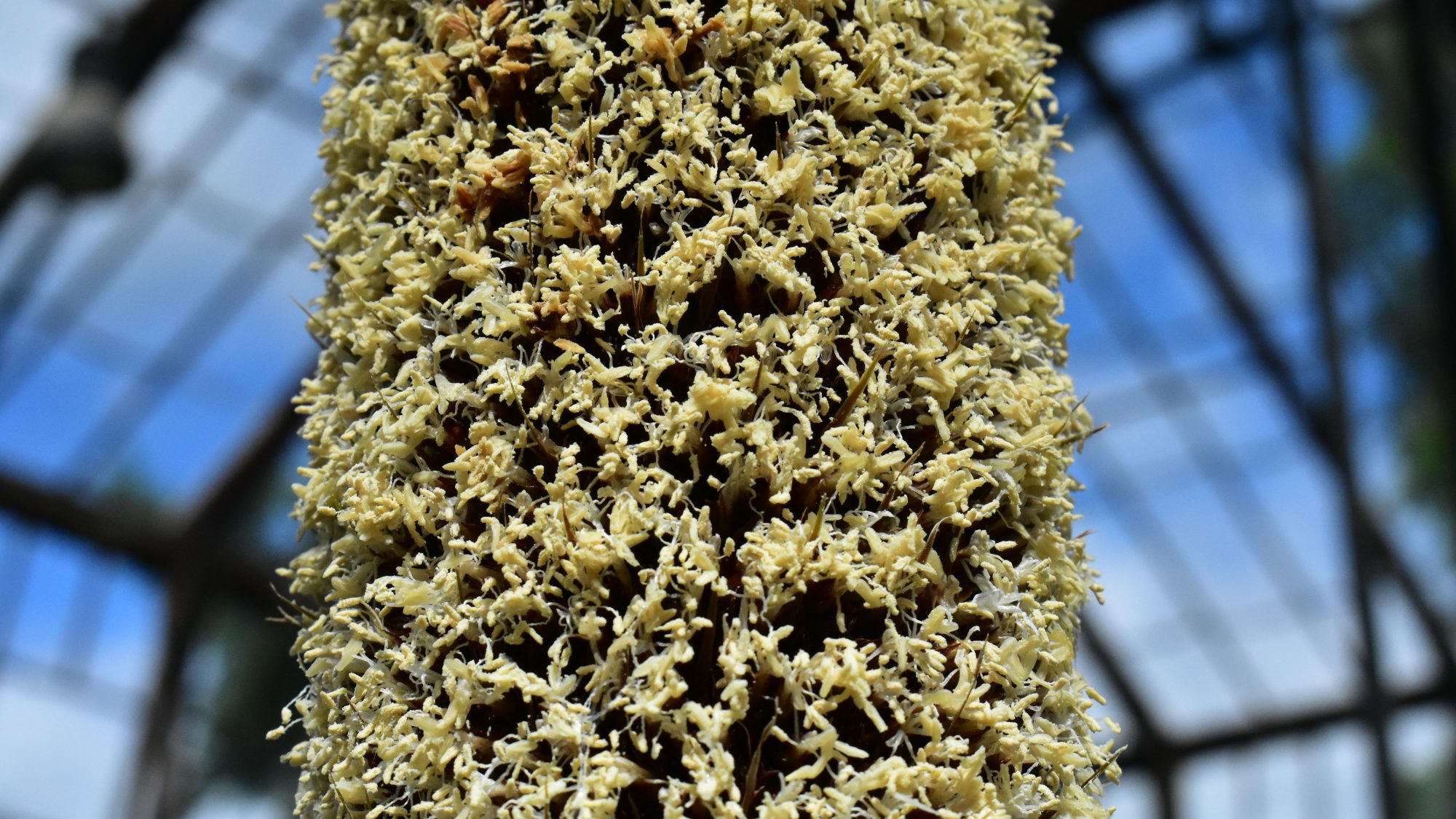 This unusual Australian species is throwing up an impressive flower spike in the Continents Apart House.

Closely related to lilies, Xanthorrhoea glauca is a member of the Asphodelaceae, and is a native of New South Wales and Queensland, Australia. It is a distinct perennial herb,  having a mass of glaucous leaves, which are diamond-shaped in cross-section, and which emerge from a pithy trunk to form an erect tuft, but which arch with age to form a loose mound. The dense flower spike can reach 2m, and comprises thousands of individual nectar-rich, cream flowers, each with acute, beaked outer tepals, and reflexed inner tepals. This species produces a resin, used widely by Aborigines, who also used the base of the plant for spear shafts, and the flowers as a base for an alcoholic drink. The name Xanthorrhoea derives from the  Greek xanthos, meaning yellow, and rheo, meaning to flow, while the specific name glauca refers to the blue-green to grey, glaucous leaves.