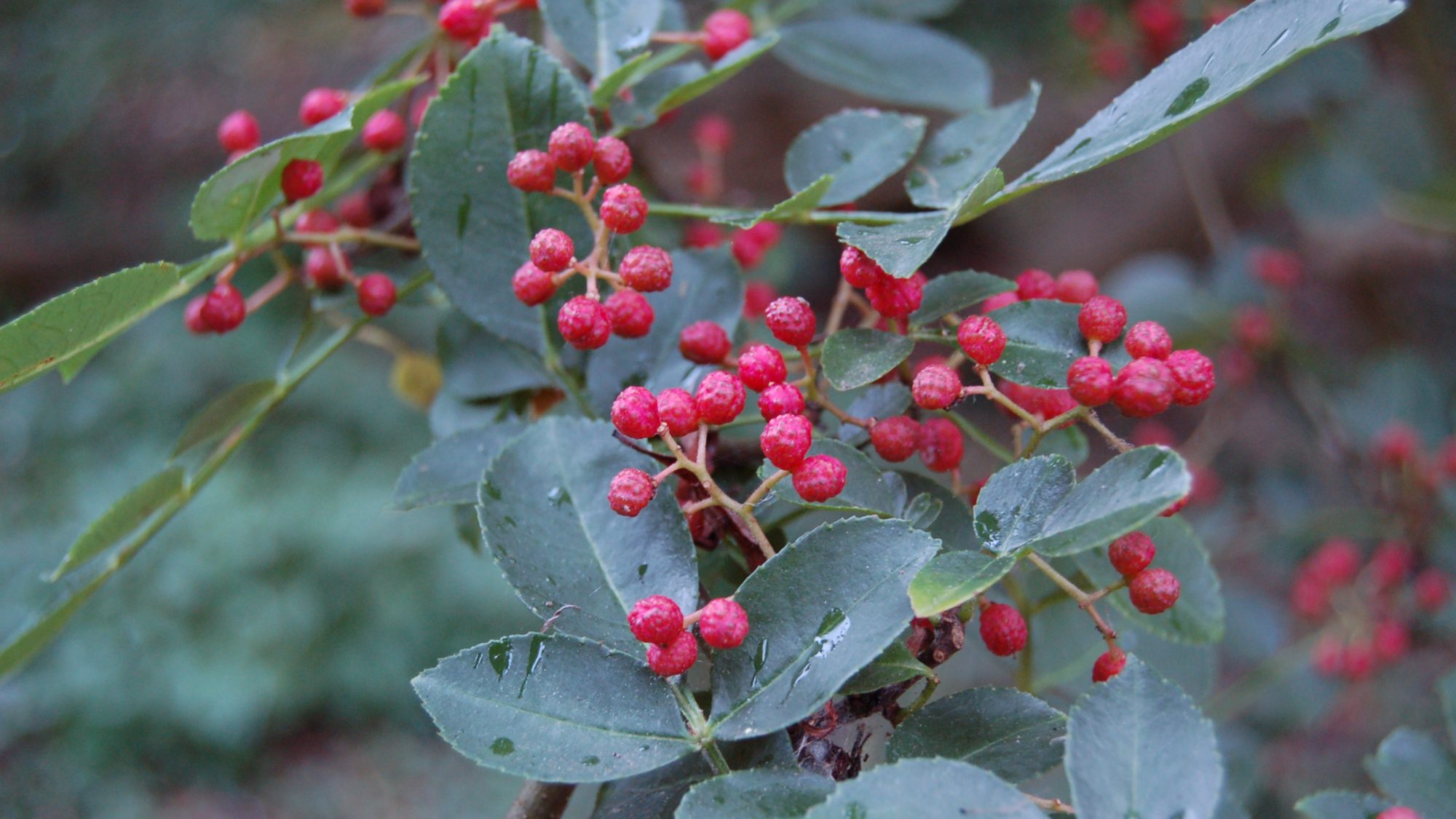 Situated in the Woodland Garden this characterful tree is peppered with small red fruits.

Belonging to the citrus family Rutaceae the genus Zanthoxylum contains approximately 200 species of spiny, deciduous trees and shrubs from Asia, Australia, North and South America, and Africa. Members of the genus are distinguished by their young spiny branches and leaf stalks, alternate leaves, two-valved fruits, and the strong, aromatic and generally unpleasant scent released by the crushed foliage. Z. bungeanum species occurs in the wild in China, Tibet, Bhutan and Nepal. Our specimen has a spreading habit, dark bark, and fin-like, woody spines along its limbs, and is a UK and Ireland champion for its girth, and an English champion for its height. Small, red fruits with a rough surface are produced in autumn, and these are harvested and dried in its native habitat to produce the distinctly flavoured culinary spice Sichuan pepper.