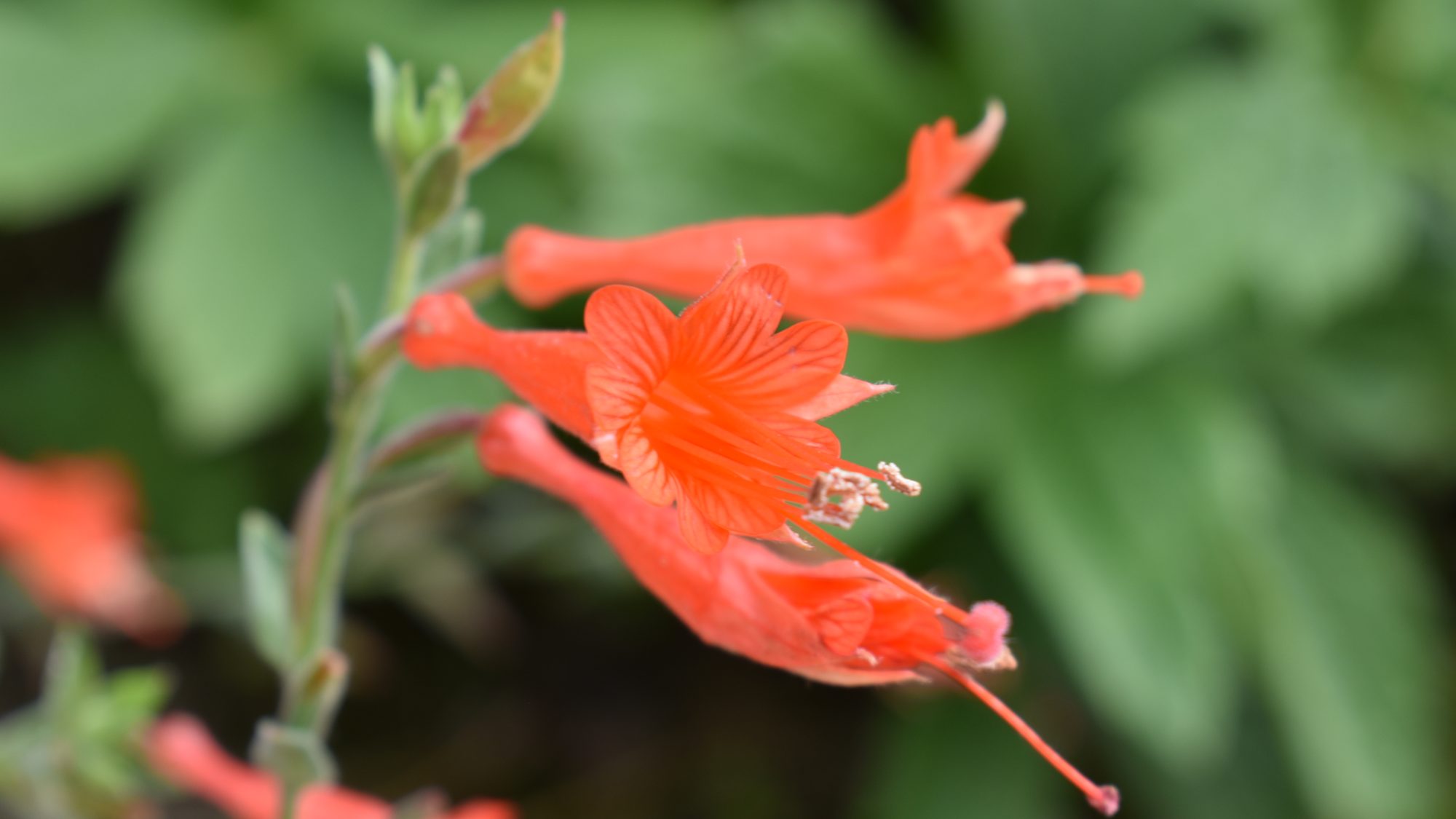 As its specific name californica suggests, this species is a native of the southern United States of America where it grows in rough, stony, nutrient-deficient terrain. It is a drought-tolerant, spreading, rhizomatous perennial with lance-shaped, silver-grey foliage. Terminal racemes of tubular, brilliant orange or scarlet flowers are produced from summer into autumn, and in their native habitat this species is pollinated by hummingbirds. It thrives here on the sunny, well-drained Rock Garden, where it has probably grown since the construction of the Rock Garden in the 1950’s. It is one of four species of the genus Zauschneria, which belongs to the fuchsia family, Onagraceae.