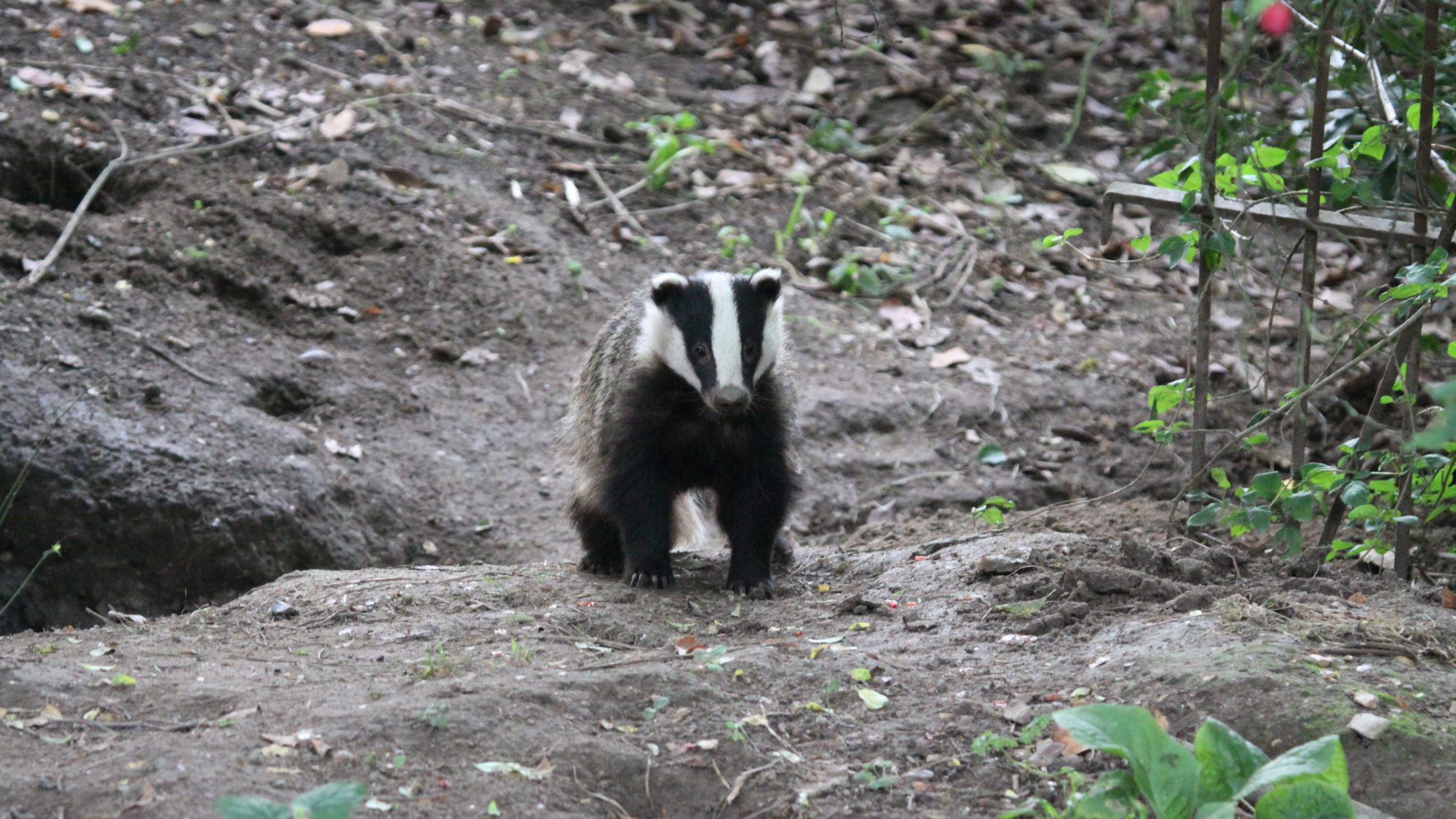 Nocturnal life in the Garden.

The most obvious wild mammal in the Garden is the grey squirrel, which are relatively tame and active during the day. Occasionally visitors may spot a chestnut brown muntjac deer that are often mistaken for a large dog. Most mammals, however, are active from dusk to dawn.

Foxes are resident in the Garden and often breed. They enjoy natural foods such as mulberries and yew fruits, but often raid local dustbins sometimes leaving signs of their takeaways.

In the last year, numerous scuffed-up holes began to appear in the lawns, which prompted a nocturnal vigil to identify the culprits. The diggers were revealed to be a group of badgers that have established a small set in the Garden. The Cambridgeshire Mammal Group is giving us useful insights into their behaviour, so that we are able to enjoy and manage their presence in the Garden.

Click here for footage of the badgers by Nancy Harrison

Amongst small mammals which enjoy the long grass areas are field mice and, along Hobson’s Brook, are water voles. The Cambridgeshire Mammal Group will be surveying this year to help us understand what other species are resident. The Garden is an important hunting ground for bats with Common Pipistrelles being the most abundant and known to roost in tree hollows. Noctule and Serotine bats have also been recorded.