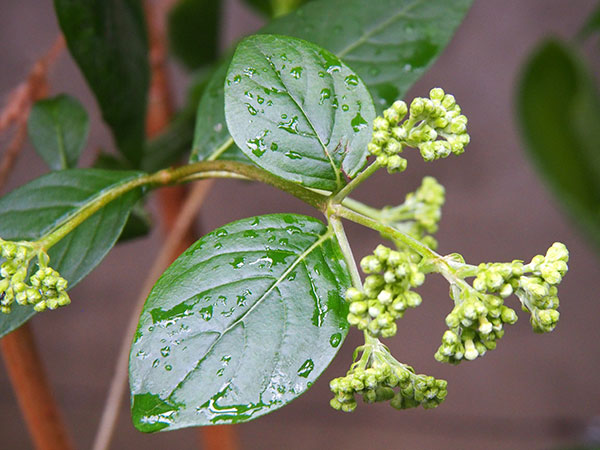 The bark of the Fever Tree contains quinine, an alkaloid which is produced as a defence against insects. Caterpillars which would otherwise eat the leaves greatly dislike the taste of quinine, and will leave the tree untouched.

Cinchona is native to South America, and is named for the (probably false) story that its bark cured the wife of the Count of Chinchón. It was instrumental in allowing Europeans to combat malaria and colonise Africa, and was used to produce quinine until more efficient drugs were synthesised in the 1940s. Cinchona bark is still used to produce quinine for tonic water, though making this at home is not recommended – careful measurement is needed, with overdose leading to ‘cinchonism’: symptoms include ringing of the ears, headache, blurred vision, dizziness, nausea, confusion and diarrhoea. 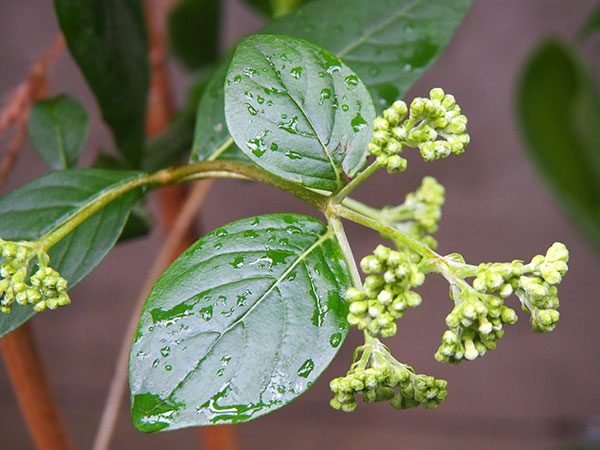