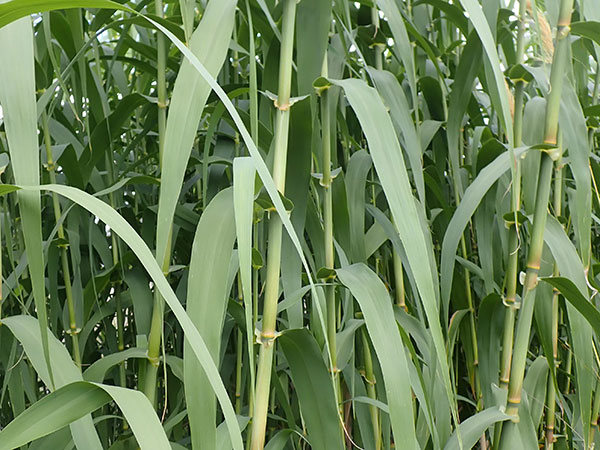 The Giant Reed can be truly giant, growing to over ten metres tall in good conditions. It reproduces using underground rhizomes which form thick networks extending up to a metre below ground.

The Giant Reed produces the alkaloid gramine, which is toxic to many animals, including several insects which might otherwise use the reed as a food plant. During efforts in the 1930s to investigate gramine as a pesticide, a researcher accidentally made it in a slightly different molecular configuration; upon testing a small quantity on his tongue, he found it had an anaesthetic effect. Further work led to the development of the anaesthetic Lidocaine.

Lidocaine is still used today, and is now synthesised artificially. However, the plant has numerous other uses. Because of its fast growth it is often used as fuel for electricity production, and its straight stems can be used in construction. It is also the plant most often used to make reeds for woodwind instruments.