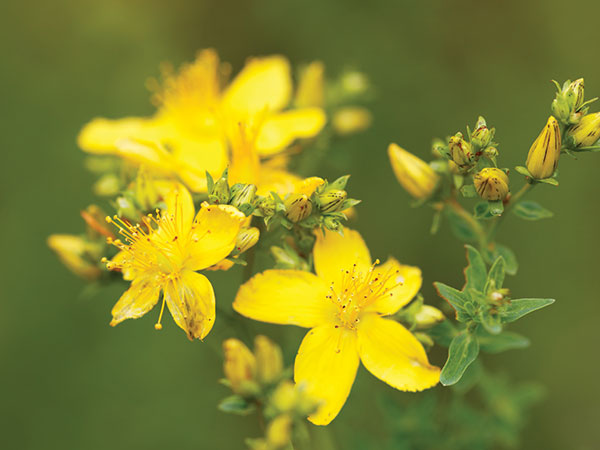 St John’s Wort, probably so called because it flowers around the date of the Feast of St John (24 June), produces hyperforin and hypericin. However, it is not clear what use they are to the plant. It is probable that they are involved in defence, as their levels increase in response to both herbivory and stress.

St John’s Wort has a long history of being used in folk medicines. It was often used in ‘theriac’, a concoction of dozens of ingredients fermented and matured together, which would supposedly cure assorted ailments. Today, it has become the subject of intensive research, as it has been shown to have antidepressive, antitumour and antiviral activity. St John’s Wort has an unusually high level of interaction with other drugs, and interferes with the effects of various anticoagulants, immunosuppressants and contraceptives. 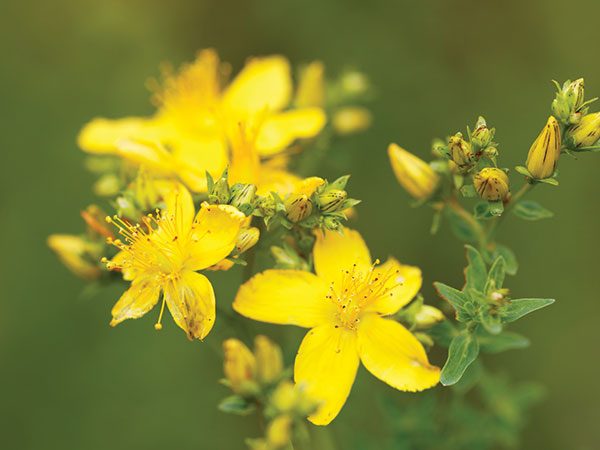