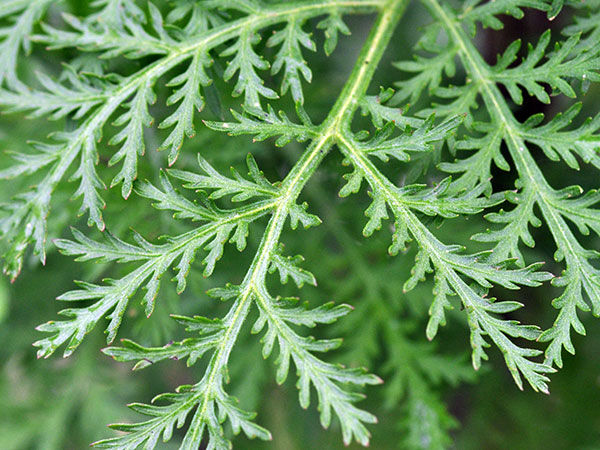 Humans make use of several Artemisia species for culinary purposes: Tarragon (Artemisia dracunculus) is used to flavour sauces, while Common Wormwood (Artemisia absinthium) gives the characteristic taste to absinthe. Sweet Wormwood has feathery leaves and a profusion of yellow flowers, and has been used for millennia in traditional Chinese medicine to treat malaria. The active ingredient, artemisinin, is part of the group of aromatic chemicals known as terpenoids, widely found in flowering plants. It acts to inhibit growth of other plants, stopping them using nutrients which the Wormwood could itself use.

Artemisinin was isolated as part of a Chinese research program in the 1970s, set up to screen thousands of chemicals to find a treatment for malaria. (It was discovered by Chinese scientist Tu Youyou; she received the Nobel Prize in 2015.) It acts by interfering with the cellular functions of the malaria parasite, though in recent years resistant strains of malaria have developed, and artemisinin is now only used in conjunction with other antimalarial drugs. 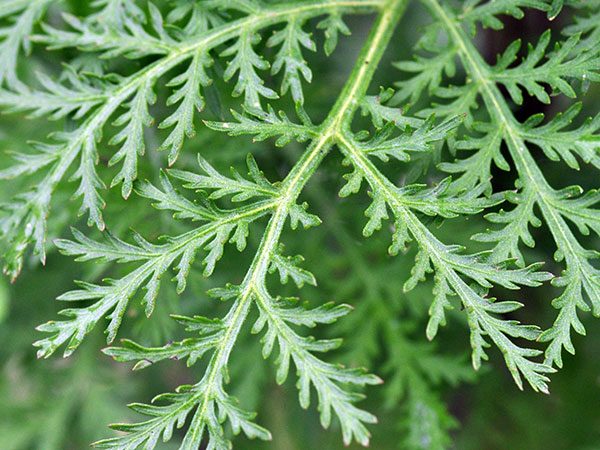