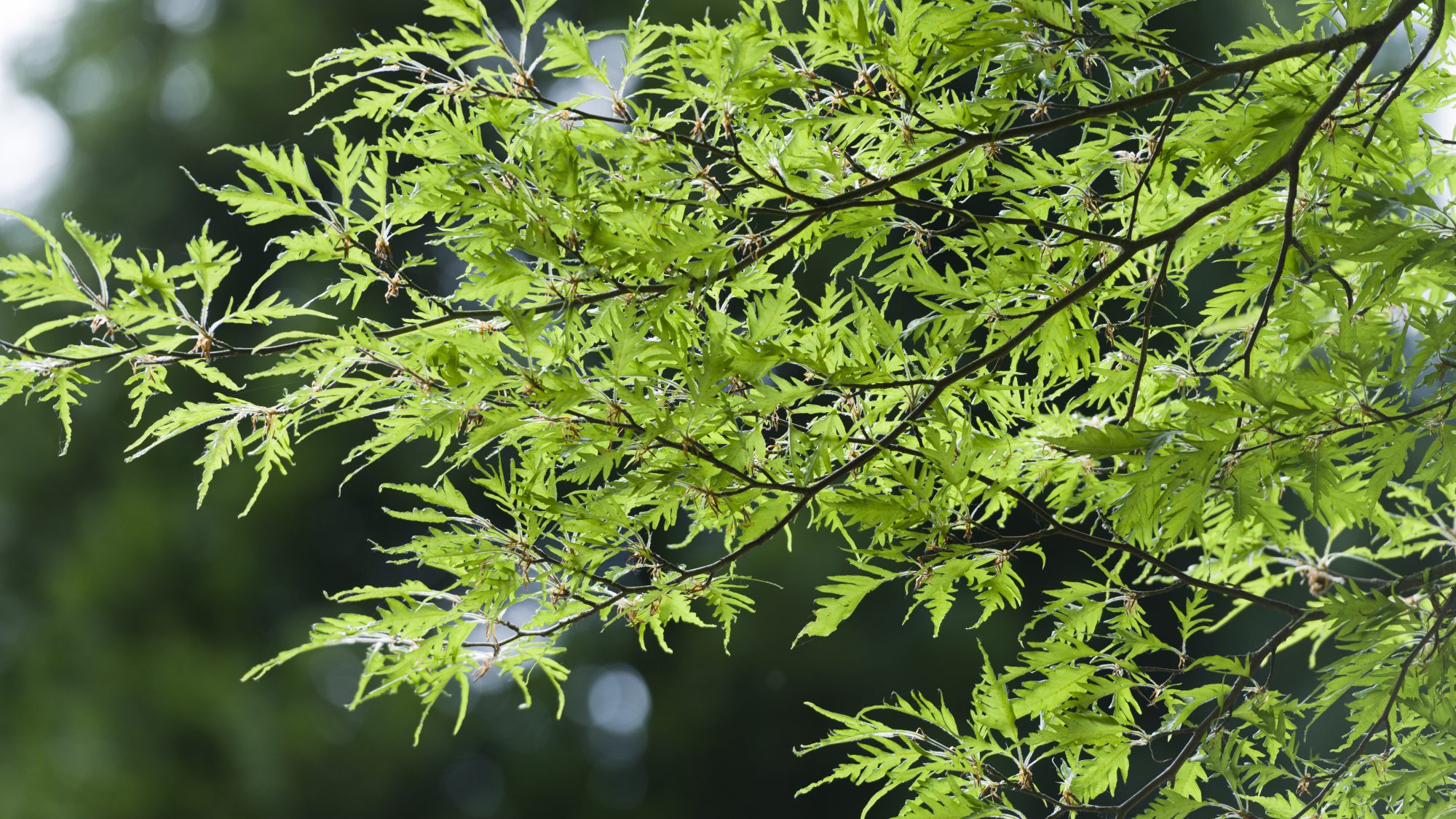 At the western edge of Cory Lodge lawn, within the plantings of catkin-bearing trees of the Fagaceae family, stands a Common Beech and two variant forms. The variants include a lovely Cut-leaved Beech, Fagus sylvatica ‘Laciniata’, displaying narrow, deeply-cut feathery leaves, and an outstanding Weeping Beech. A graft join is clearly visible some 1.5 metres clear of the ground, where the weeping form has been spliced to the rootstock.

These beeches form an original Henslow planting from the 1840s illustrating variation within species: two examples of mutants (or ‘monstrosities’, as Henslow would have called them) produced by random and abrupt changes in the genetic code of a Common Beech. Very occasionally, the tip of a developing branch of the Cut-leaved Beech can make the reverse change, leading to smooth-edged leaves on one branch and cut-edged leaves on the rest of the tree.