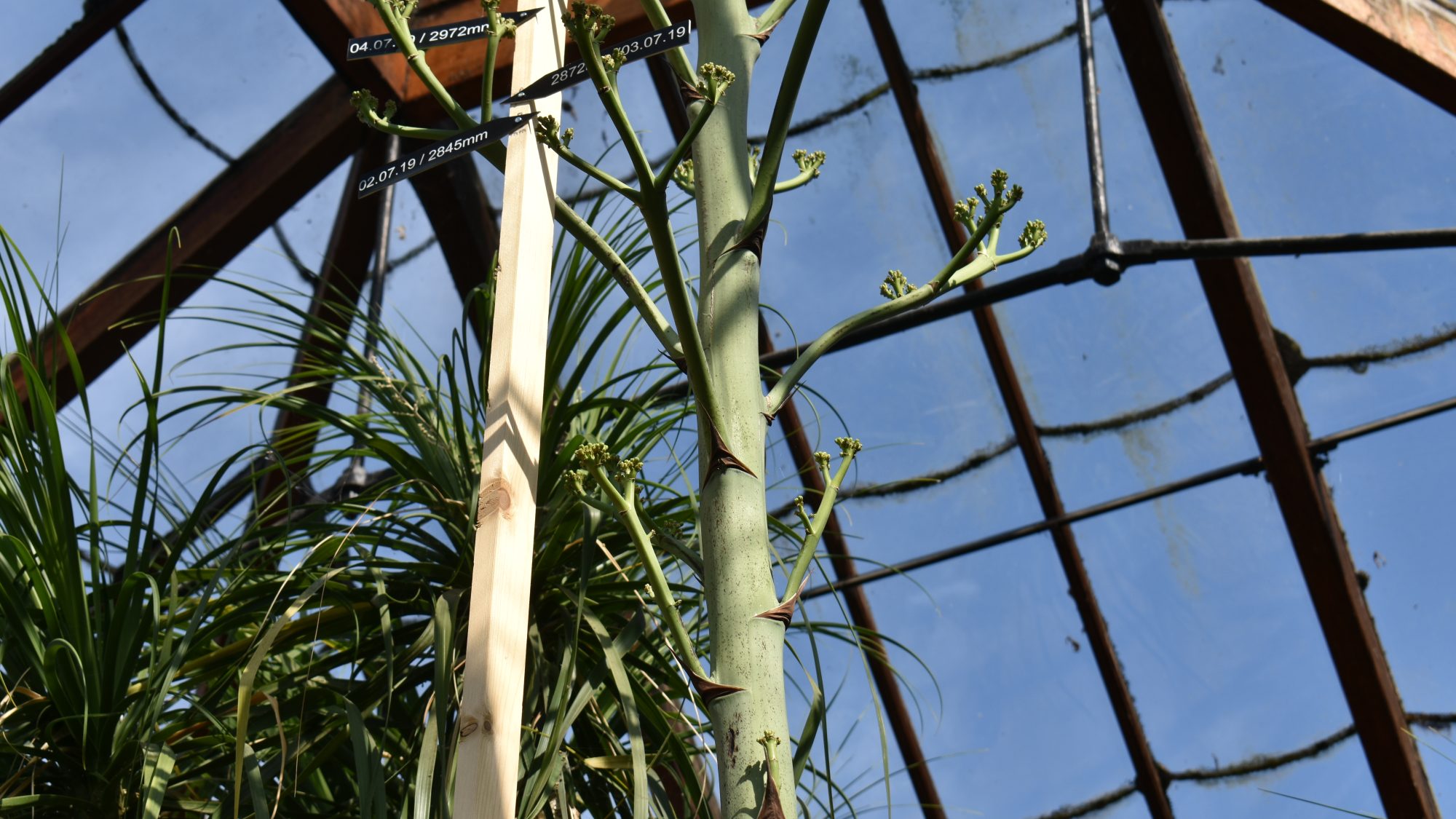 Check here for the latest updates on branch, bud and flower activity:

10 September: The Agave has started flowering! Dr Cano explains: “The bottom section of the flower structure, or inflorescence, has started to flower, however its flowers may not look as pretty as people might expect as there aren’t any coloured petals. In the wild, pollinators are attracted by the massive inflorescence, the yellow colour of the stamens, the smell of the flowers (broccoli-like) and the abundant nectar they produce.” More information about the Agave and its new flowers can be found here.

13 August: The spike seems to have ceased growing in height – just below the roof! We took our final recording of 4438mm on 1 August. We’re now monitoring the flower buds. Once they have reached around 2.5cm in height, we expect them to start breaking and for flowering to begin from the bottom of the spike upwards. We expect flowering to take place in the next 1-2 weeks. This may last a couple of weeks but we will know more once we have identified the species (which will be on flowering).

1 August: The spike is still growing on average 2cm a day. Close inspection from the top of the ladder reveals tight clusters of flowers which are yet to bloom.  We still think they should open in the next 1-2 weeks. The top of the spike is around 20cm from the roof, so if it continues to grow at the same rate before the flowers open, there’s still a chance it may go through the roof!

30 July: The spike has slowed considerably in its growth to 2cm a day and we doubt it is likely to get taller. The branches are all now extending so we hope the first flowers will open in the next fortnight. We are going to cease measuring now while we wait for the flowers to open.

28 July: Upward growth has slowed down and the agave has started to branch out. Buds have appeared but currently have no colour.

Have a look at the chart below for measurements which are measured from the base of the Agave’s rosette of leaves.

Scroll through the images below showing the growth of our amazing Agave! 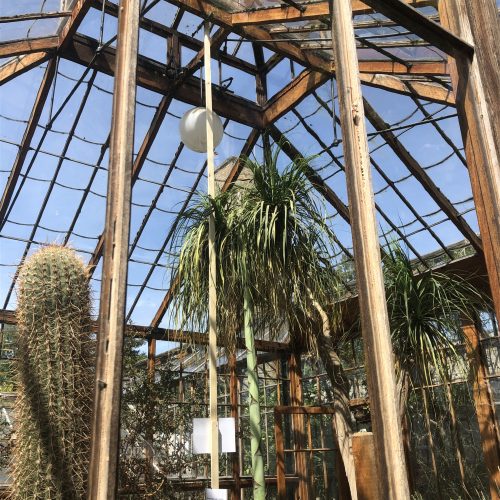