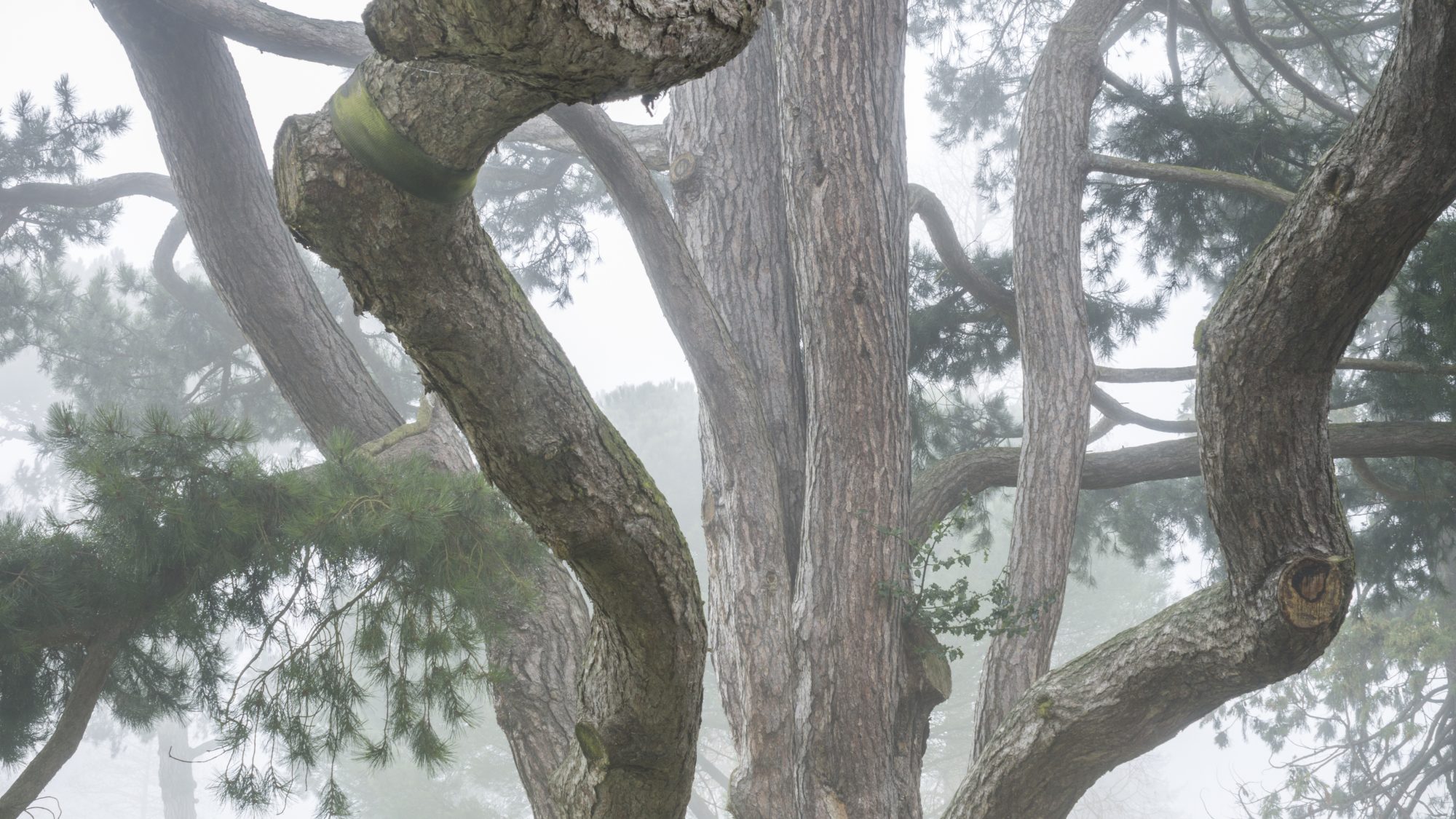 The Main Walk consists only of statuesque conifers. Here there is a grouping of the Black or Austrian Pine with subspecies that display distinctive features. These large, mature trees date from the earliest plantings in the 1840s.

The former, from snowy regions of Austria, has downward-sloping, relatively unbranched, slender limbs with short, stiff needles, while Pinus nigra ssp salzmannii from Spain has immense upwardly-spreading branches and an open canopy of long needles. The positioning of such different growth forms in this high-profile spot, where more usually symmetry would be called for, has a didactic purpose. Nearby are found two further subspecies, the Crimean Pine, Pinus nigra ssp pallasiana, and the Corsican Pine, Pinus nigra ssp laricio. These all remind us of the profound influence that Professor John Stevens Henslow had on the original conception, layout and planting of the ‘new’ Botanic Garden.

From 1825 onwards, Henslow was studying the nature of species. There were three major strands to his research: establishing patterns of continuous variation; studies of sudden changes of form, which Henslow referred to as ‘monstrosities’, in order to understand the process of development; and studies of hybridisation to test species identity. Into this rich research programme came the young Charles Darwin. He spent such a lot of time in the company of his teacher and mentor that he became known amongst the dons as ‘the man who walks with Henslow’. This close relationship led to Henslow recommending Darwin for the position of naturalist on the voyage of the Beagle. The five-year journey played a pivotal role in the genesis of Darwin’s revolutionary thinking, which led to ‘On the Origin of Species’, published in 1859.

Thus, Henslow’s research legacy became Darwin’s inheritance, one that we can still see in the trees at the Botanic Garden. Other early groupings of trees dating from 1840s illustrate Henslow’s concern with species. These include the pair of Cedars at the junction of the Main Walk and Henslow Walk, the group of Beech trees on Middle Walk near the Custodian’s Hut, and groups of Yew at the western and eastern ends of the Glasshouses.