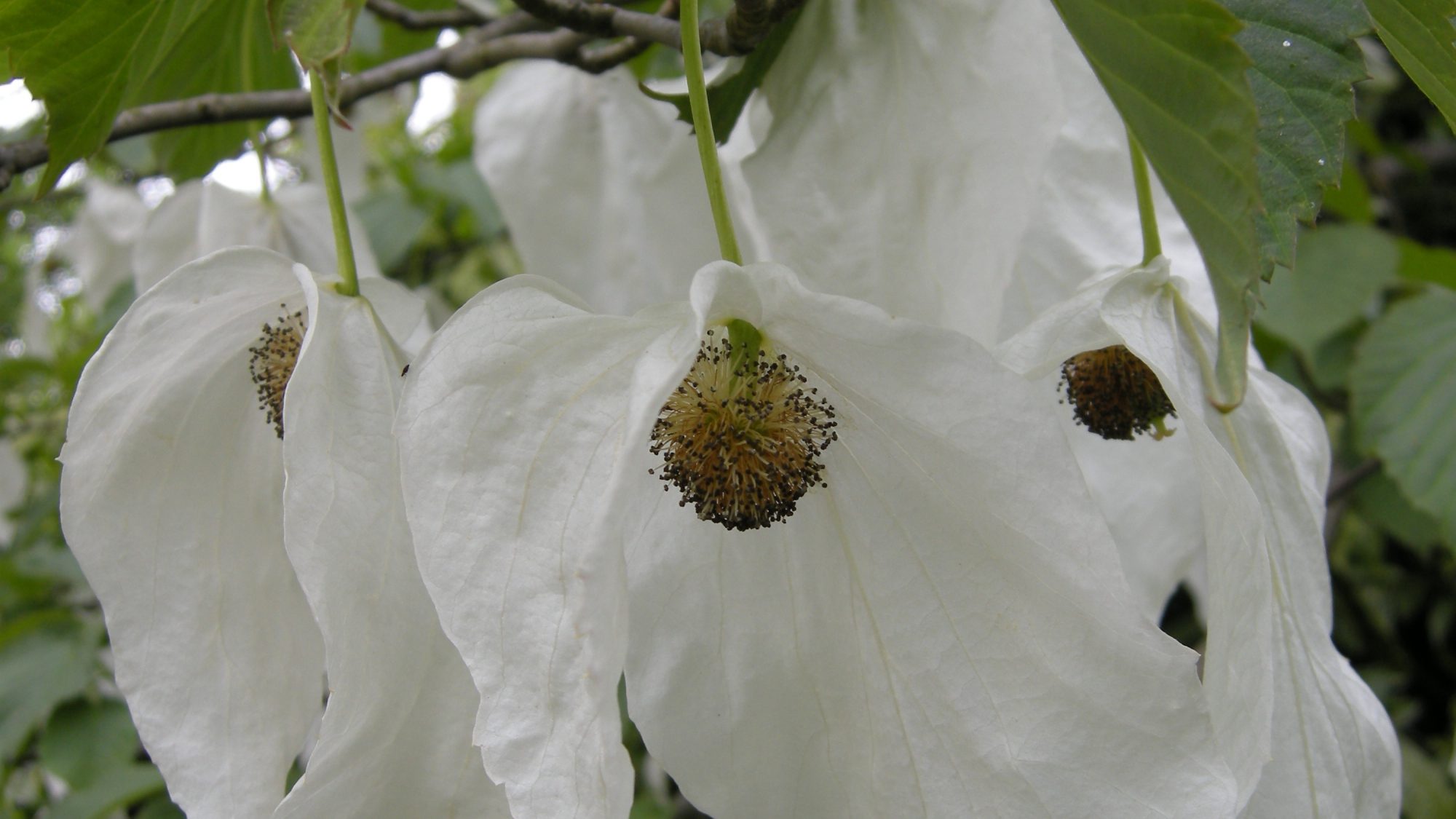 In late spring, Handkerchief Trees (Davidia involucrata) in the Woodland Garden put on a spectacular show. The two large, unequal, conspicuous bright-white bracts cup a sphere of tiny, reddish flowers, and unfurl to flutter in the lightest breeze. The arrangement of the flowers in ranks along the spreading branches can resemble a flock of white doves, giving another common name, Dove Tree.

The genus is named after Father Armand David, known as Père David, a French Franciscan missionary in China, who first described the tree in 1869. He was also the first European to describe another rare Chinese endemic, the Giant Panda (Ailuropoda melanoleuca). It was, however, Ernest ‘Chinese’ Wilson who first introduced the Handkerchief Tree to the UK in 1904, while plant-hunting through China on the commission of the famous London nursery, James Veitch & Sons.