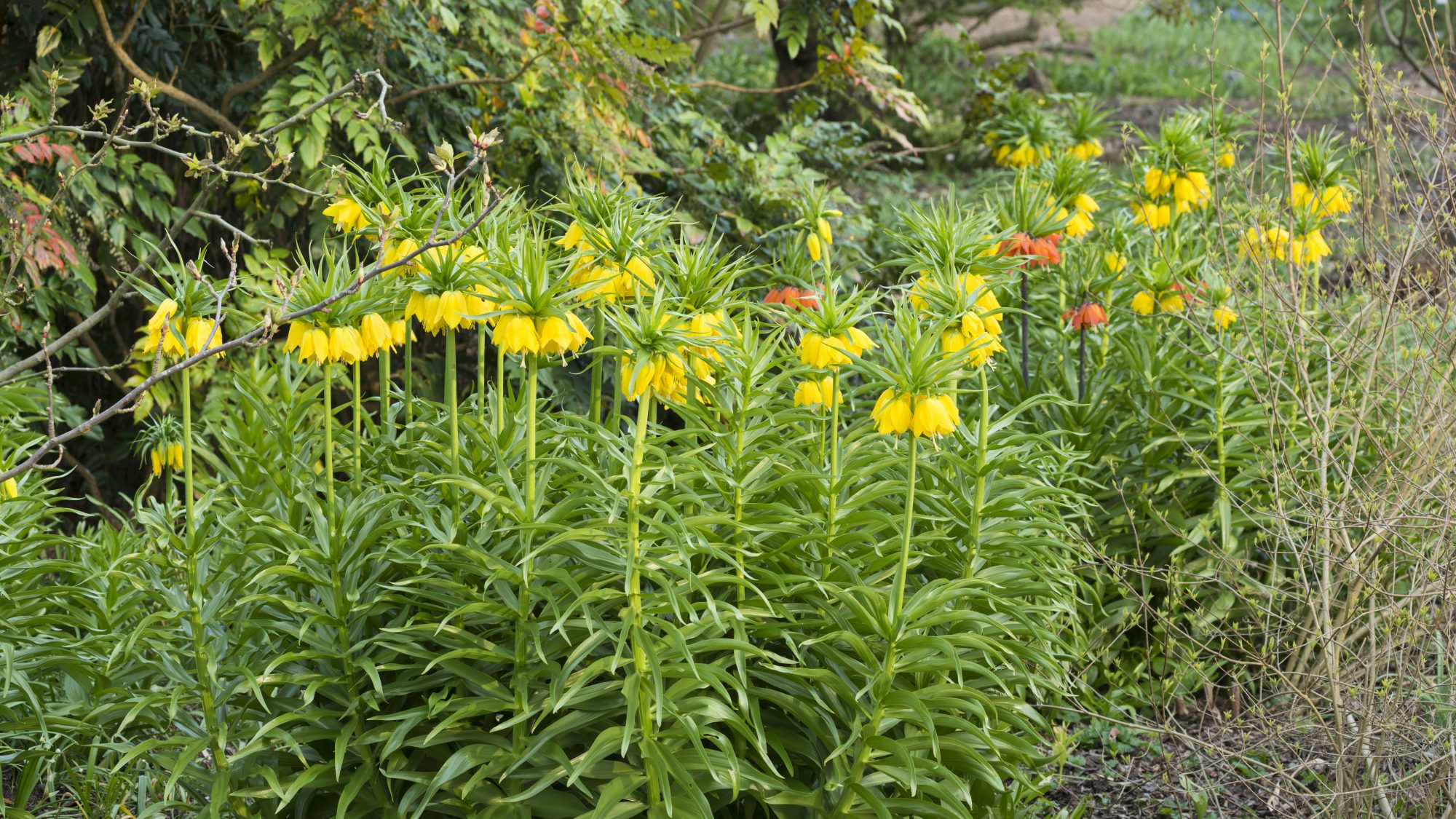 Fritillaria is a bulbous genus of around 130 species found from western Europe to east Asia with about 20 species native to North America. Just one species, the beautiful Fritillaria meleagris (Snakeshead Fritillary) is native to Britain. Most species grow in areas with summer drought and have a very short growing season, flowering in March and April.

Our national collection of European species was largely built up by Dr Martyn Rix, the author of many gardening books and Editor of Curtis’s Botanical Magazine, who worked on the genus here for his PhD in the 1970s

The great majority of the collection is grown in pots housed in the private alpine yard. Here we can control the environment to provide the necessary winter cool, good ventilation and sharp drainage. As they approach flowering they are bought forward for display in the Mountains House in the Glasshouse Range. Some species begin flowering in February, with March usually being the peak time for flowering

Very few bulbous genera have the kind of variety in form, colour and growth habit that is seen in Fritillaries. This makes them an exciting and very collectible genus for keen gardeners.

They range in colour from almost black, bruise purple and mauve to green, yellow, cream; several exhibit beautiful, tessellated patterns. Some are just a few centimetres high and naturally occur in snow melt areas in mountains; some reach up to 1 metre often growing along woodland edges or in open meadows.

Other Asian species of Fritillarias can be found in the Woodland Garden and the Dry Garden. In April and May, orange and yellow crown imperials (Fritillaria imperialis) make a bold statement in the Woodland Garden and along the main path into the Garden from the Brookside Gate. A lovely patch of the native Snakeshead Fritillary can be seen naturalised in the grass under the Magnolia collection north of the Stream Garden.

Fritillaries are of particular interest to plant scientists as they have been found to contain enormous quantities of DNA, in fact the highest quantities known in any plant or animal species.