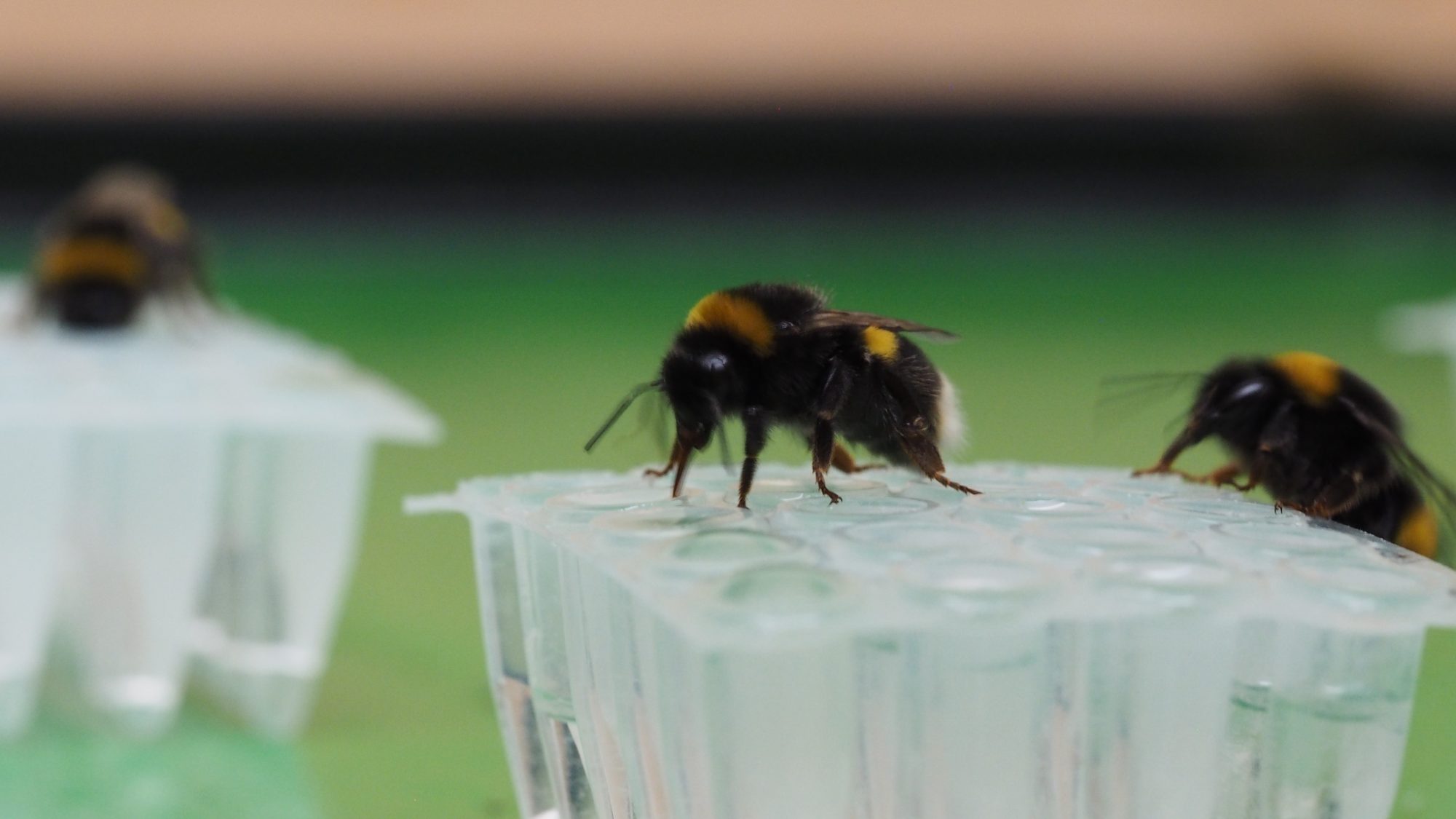 Vomiting bumblebees show that sweeter is not necessarily better

New study using bumblebees, led by CUBG's Director, Beverley Glover, finds that the sweetest nectar is not necessarily the best for bees.

Animal pollinators support the production of three-quarters of the world’s food crops, and many flowers produce nectar to reward the pollinators. A new study using bumblebees has found that the sweetest nectar is not necessarily the best: too much sugar slows down the bees. The results will inform breeding efforts to make crops more attractive to pollinators, boosting yields to feed our growing global population.

Bumblebees drink nectar from flowers, then offload it in their nest – by vomiting – for use by other bees in the colony. The sugar within nectar makes it appealing, and the more sugar within the nectar, the more energy it contains. But nectar also gets more thick and sticky as the sugar content rises, and this makes it more difficult for bees to drink and regurgitate, requiring more time and energy.

Published today in the Journal of the Royal Society Interface, the study looked at the mechanics of both nectar drinking and regurgitation in one of the most common bumblebees in the UK, Bombus terrestris. It found that the best concentration of nectar for bumblebees in terms of overall energy gain is lower than might be expected. Nectar that is low in sugar is easy for bees to drink and very easy to vomit back up. As nectar gets more sugary, it gradually takes bees longer to drink, but swiftly becomes much more difficult to vomit.

“Bumblebees must strike a balance between choosing a nectar that is energy-rich, but isn’t too time-consuming to drink and offload. Nectar sugar concentration affects the speed of the bees’ foraging trips, so it influences their foraging decisions,” said Dr Jonathan Pattrick, first author of this study, formerly a PhD student based jointly in the University of Cambridge’s departments of Plant Sciences and Zoology and now a post-doctoral researcher in the University of Oxford’s Department of Zoology.

“Studies have shown that numbers of some pollinators are going down, but there are more and more people in the world to feed. We need to make better use of the pollinators we have”

While it has long been known that nectar with a higher sugar concentration takes bees longer to drink, its effect on nectar regurgitation has not previously received much attention. This new information will help scientists make better predictions about which types of nectar bumblebees and other pollinators should like best, and consequently the kinds of flowers and plants they are most likely to visit. This will inform crop breeders in producing the most appealing flowers for better crop pollination and higher yields.

To conduct the research, bees were allowed to forage on sugar solutions of three different concentrations in the Department of Plant Science’s Bee Lab. While doing this, the bees were also timed and weighed. When the bees returned to their ‘nest’, the researchers watched them through a Perspex lid, timing how long it took for the bees to vomit up the nectar they had collected.

“For low strength nectar, bees had a quick vomit that only lasted a few seconds, then were back out and foraging again,” said Pattrick, “but for really thick nectar they took ages to vomit, sometimes straining for nearly a minute.”

The perfect nectar sugar concentration for the highest energy intake depends on the species drinking it, because different species feed in different ways. Bumblebees and honeybees feed by dipping their tongue repeatedly into the nectar, but regurgitate by forcing the nectar back up through a tube – just like when humans are sick. Other species such as Orchid Bees suck nectar up instead of lapping it, so struggle even more when nectar is highly concentrated. This influences nectar preference and the plants visited by different species.

“Studies have shown that numbers of some pollinators are going down, but there are more and more people in the world to feed. We need to make better use of the pollinators we have,” said Professor Beverley Glover in Cambridge’s Department of Plant Sciences and CUBG’s Director, who led the study. “This research will help us understand the types of flowers and plants the bees are most likely to visit, which will inform crop breeding to make the best use of the available pollinators.”

How plant scientists are improving flowers to help feed the world

Current crop breeding is focused on enhancing traits like yield and disease resistance, rather than considering pollinator preference. The new results improve predictions of the perfect nectar concentration for making the most efficient use of pollinating bumblebees.

Nectar is produced by flowers to attract pollinators, and a source of food for many species of insect, bird and mammal. The levels of the sugars sucrose, glucose and fructose within the nectar vary depending on the plant producing it.

This research was funded by the Biotechnology and Biological Sciences Research Council (BBSRC).

Pattrick, J.G. et al. ‘The mechanics of nectar offloading in the bumblebee Bombus terrestris and implications for optimal concentrations during nectar foraging.’ Journal of the Royal Society Interface, Jan 2020. 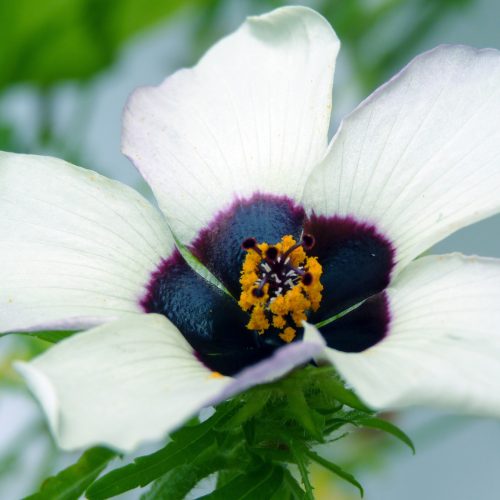