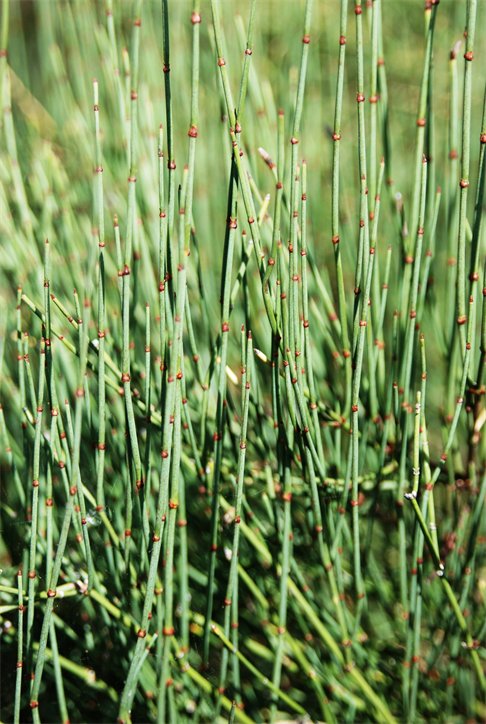 Ephedra is part of a curious group of plants called ‘gnetophytes’. These plants have hardly changed in the past 100 million years, and are thought to be relics of an ancient flora in which they were far more competitive and common. The leaves of Ephedra are tiny and scale-like; gnetophyte leaves evolved independently from leaves in flowering plants. Ephedra produces the alkaloid ephedrine, which has been shown to interfere with insect thermoregulation and may also have effects on insect neurotransmitters. This may be the method by which the plant deters insect herbivores.

Ephedrine has been used for at least 2,000 years as a stimulant, as well as a treatment for asthma and bronchitis. Its chemical structure is very similar to that of compounds in the nervous system, and it mimics their effects. It is used to treat low blood pressure, but has side effects which include insomnia and a fast heart rate. 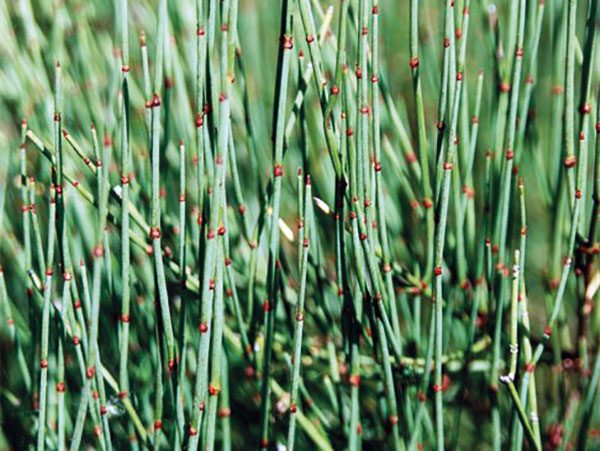