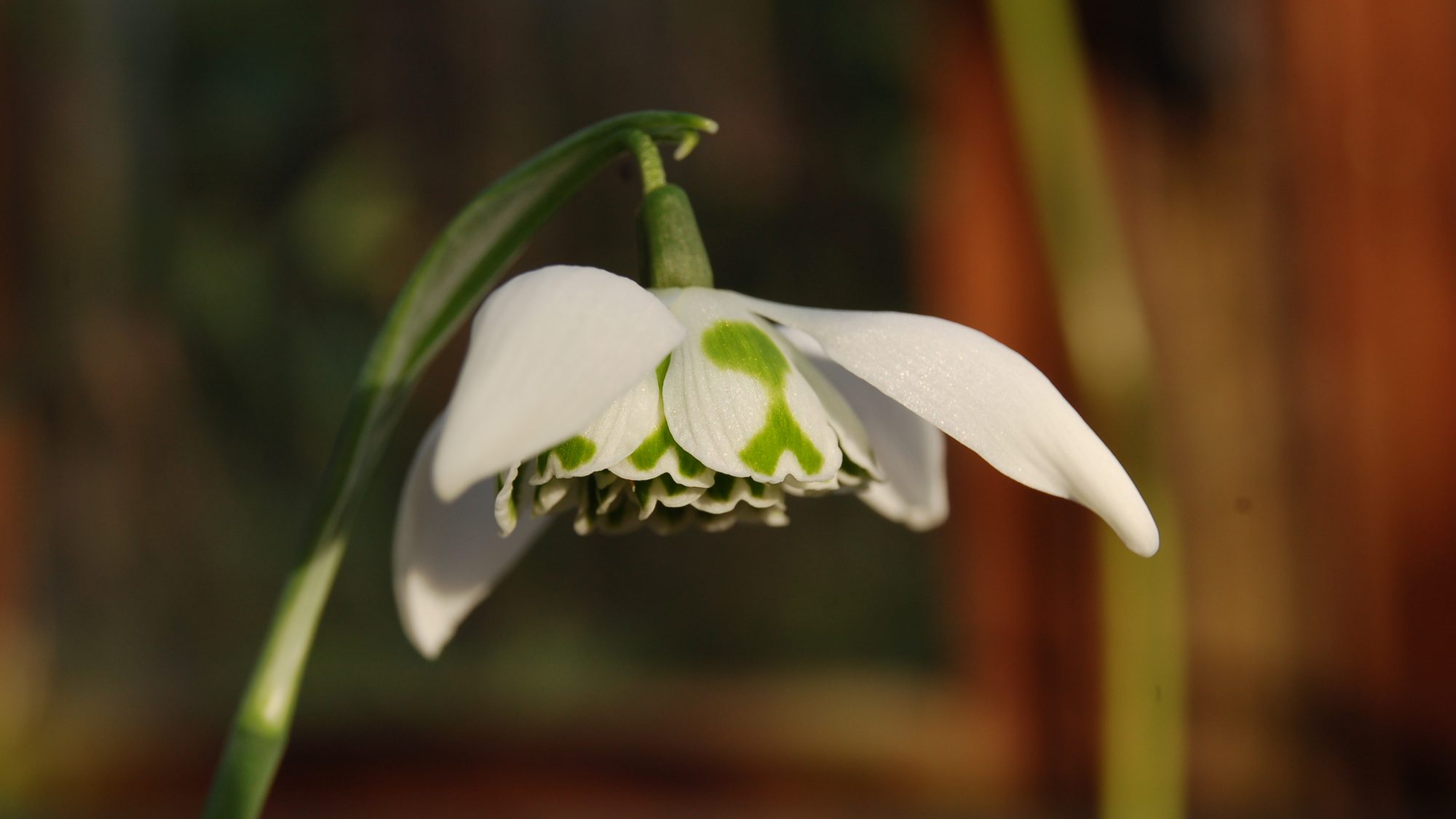 Located in the Woodland Garden, this snowdrop is just one of 39 different species or cultivars providing winter interest here in the Garden.

The genus Galanthus takes it’s name from the Greek ‘gala‘ meaning milk, and ‘anthos’ meaning flower. There are approximately 20 species of Galanthus from woodland and upland rocky sites of Europe and western Asia. The flowers comprise six petal-like segments known as tepals, which are arranged in two ranks of three outer, larger tepals, and three to many notched and marked inner tepals.  It is these markings, and the leaf shape and form, which are key characteristics in the identification of the species and over 500 cultivars of snowdrops. Today there is a keen interest in the genus amongst horticulturists and botanists, known as Galanthophilia. ‘Richard Ayres’ is a vigorous double-form with a cross-shaped marking on the inner tepals, which is named in honour of a previous head gardener at the National Trust’s Anglesey Abbey in Cambridgeshire, where it was spotted as a distinct form in the 1980’s.